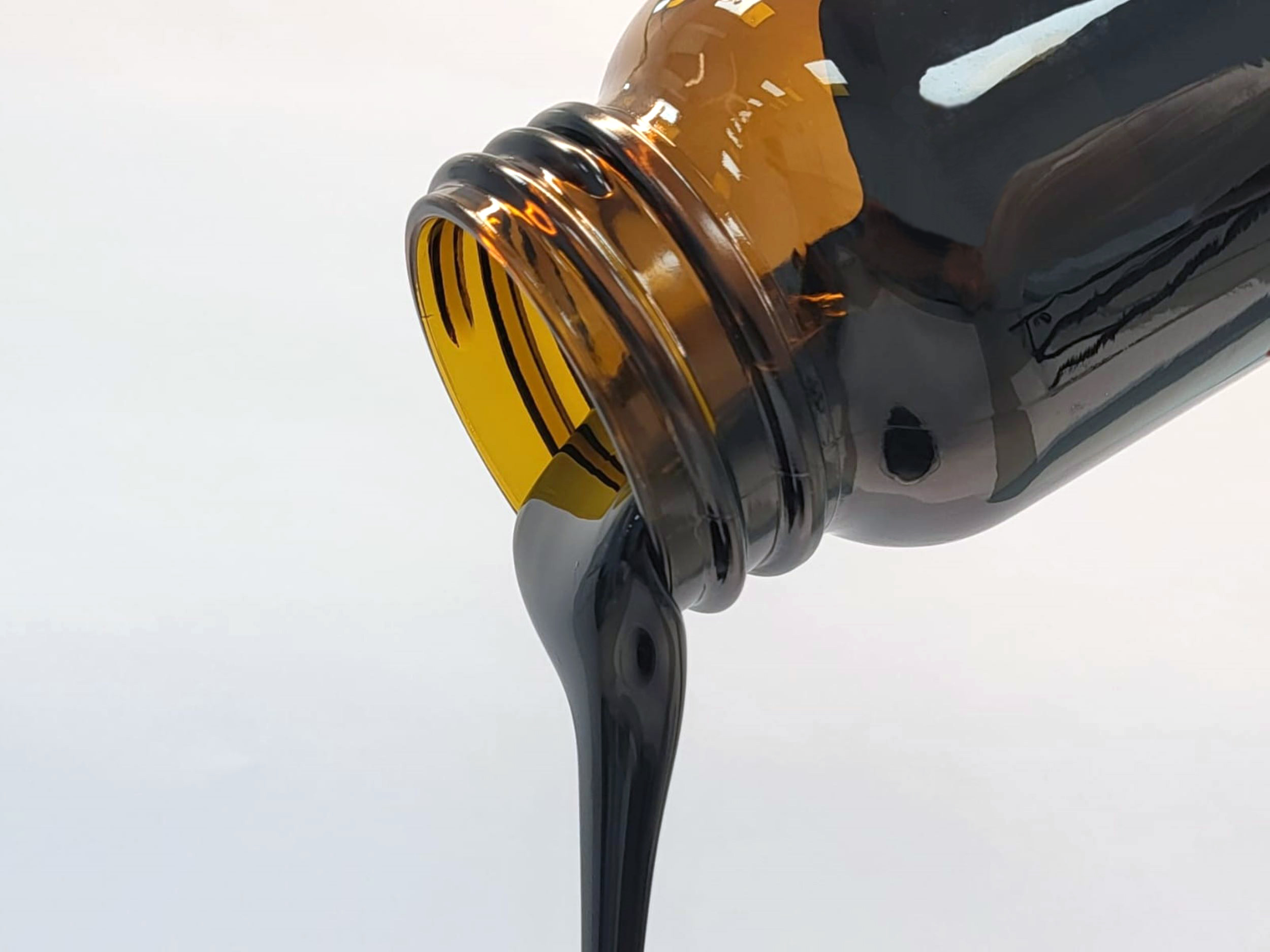 Ichthammol®, the ammonium salt of dark sulfonated shale oil, has been successfully used as an active ingredient of natural origin in the treatment of skin disorders for more than 100 years. The following pages will convince you of the documented quality and proven efficacy profile of this well-tolerated substance.

A guarantee for good quality

In human and veterinary medicine, Ichthammol® is one of the few exceptions of well-documented active ingredients of natural origin. The dark sulfonated shale oil is manufactured by ÖSTERREICHISCHE ICHTHYOL Gesellschaft m.b.H. & Co. KG in Reith bei Seefeld, Austria in accordance with the requirements of different pharmacopoeias (Ph.Eur., USP). These requirements involve manufacture of Ichthammol® in constantly good quality in compliance with guidelines of good manufacturing practice (GMP) under consideration of general criteria (e.g. residual solvents) as well as the individual specifications of the monograph.

The Ichthyol-Gesellschaft offers the original active ingredient as GMP-certified Ichthammol® in the qualities Ph.Eur., BP and USP, each with complete certificates of analysis.

A Certificate of Suitability (CEP) is available for the Ph.Eur. grade under registration number R1-CEP 2001-274-Rev 02. 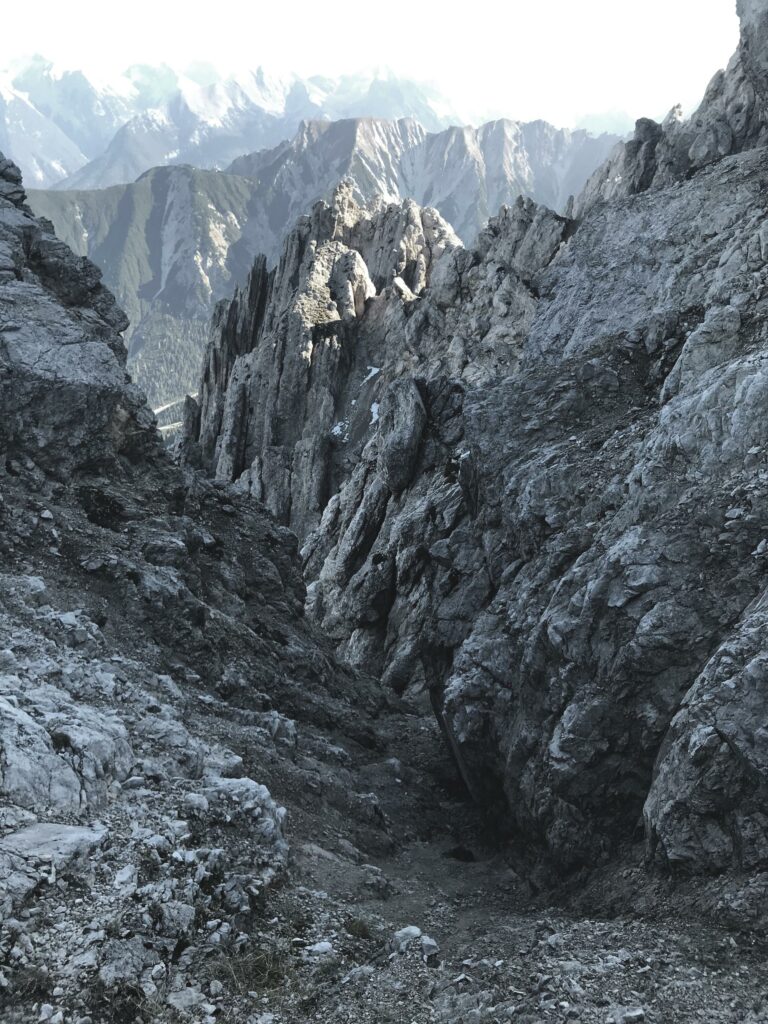 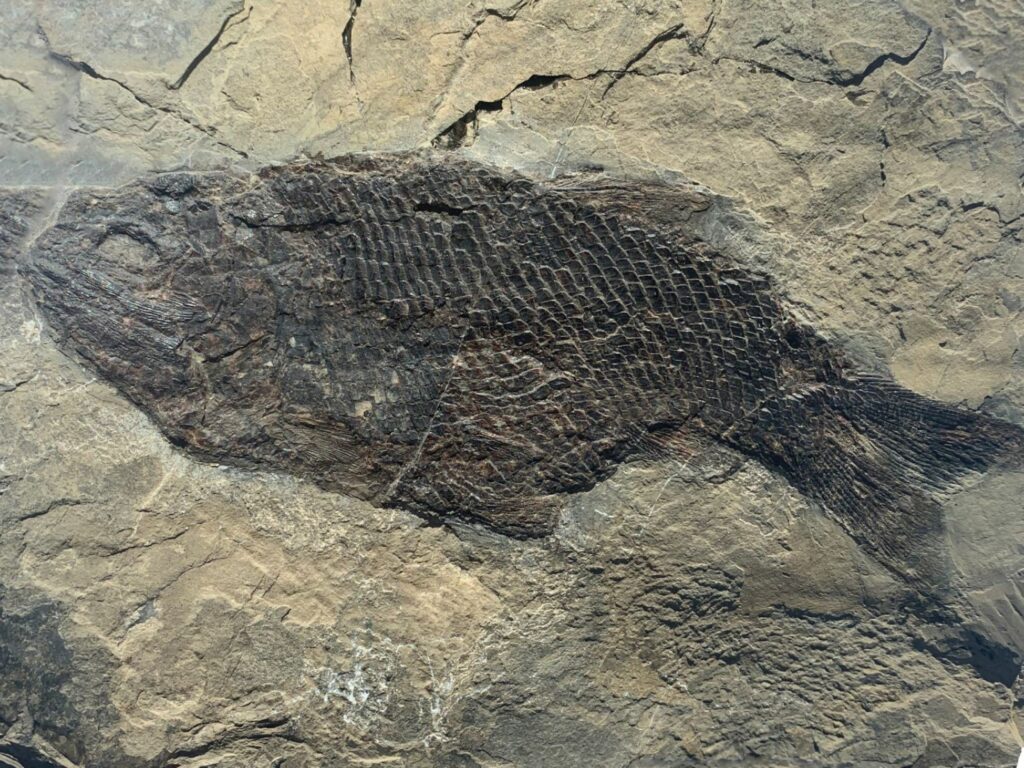 The starting material for the production of Ichthammol® is a sulfur-rich (bituminous) sedimentary rock (schist) from the Mesozoic era. Kerogen is the organic material of this limestone, formed from algae and phytoplankton of marine origin, as it appears today after millions of years of geological processes of sedimentation and metamorphism: a rigid network of high-molecular organic compounds with a comparatively high hydrogen-carbon ratio.

Sulfur-rich deposits, such as those needed for the production of Ichthammol® according to pharmacopoeia specifications, are mostly hidden inaccessibly in the inside the Alps and the French Jura (calcaires bitumineux d’Orbagnoux) and have to be mined underground in a complicated chamber mining operation. 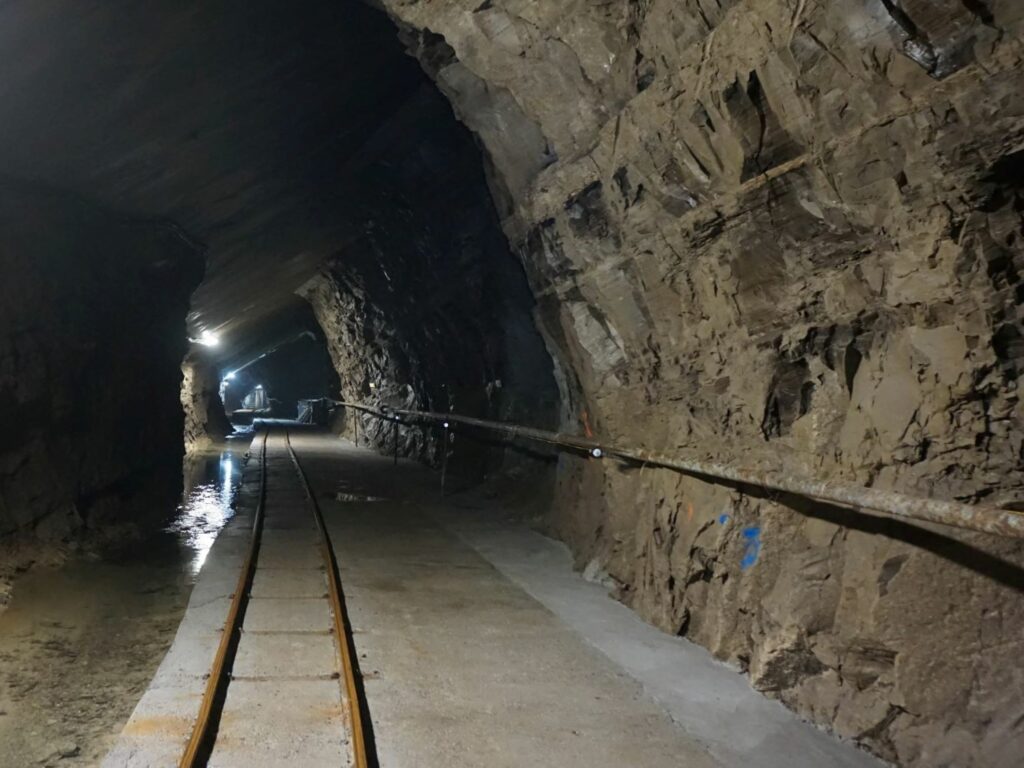 Mining of the rock is followed above ground by gentle dry distillation in the absence of air to produce shale oil (pharma).

The highly sulfuric shale oil (with approx. 15% sulfur in organically combined form) is refined under GMP conditions in Reith near Seefeld, Austria, and further processed into Ichthammol®. The GMP system ensures that Ichthammol® is produced reproducibly at the site to the required pharmacopoeia quality.

The substance, which results from the manufacturing process as a viscous, blackish-brown liquid, is a mixture of polar compounds, the majority of which consist of sulfonated thiophene derivatives. The pharmacopoeial requirements relate, among other things, to the content of organically bound sulfur, which is considered to be of particular therapeutic value. The dark sulfonated shale oil made in Austria is unique with a sulfur content of up to 20 % (based on the dry substance) and cannot be compared with qualities of other origin.

Please contact us for further information on the use of Ichthammol®.

The uniqueness of Ichthammol® from Reith bei Seefeld is proven by physico-chemical analysis. With the help of chromatographic methods (HPLC), unambiguous information about the origin of a given sample material can be obtained even from finished products.

In this way, it is also possible to unambiguously detect imitations of Ichthammol® that are distributed as counterfeit drugs. For example, in the absence of suitable shale deposits, sulfur is artificially introduced into vegetable oils (soybean oil) and these “sulfurized” vegetable oils are offered under the name Ichthammol after sulfonation.

Since the syllable “Ichth” refers to the fossil deposits of fish (Greek “Ichthys”) in the source rock for the production of Ichthammol®, vegetable oil derivatives offered under the same name are completely misleading.

The conformity with the basic definition of the active ingredient is indispensable for a pharmacopoeia-compliant Ichthammol®. For Ichthammol®, manufacture from certain bituminous schists as starting material is mandatory. Materials deviating from these criteria (e.g. from vegetable oils) do not fall within the definition of Ichthammol® and are therefore to be regarded as drug counterfeits in the legal areas of the pharmacopoeias concerned.

The anti-inflammatory, anti-bacterial and anti-mycotic actions of Ichthammol® offer a broad spectrum of efficacy and constitute the basis for a successful application of this active ingredient in treatment of different skin disorders with and without microbial background. 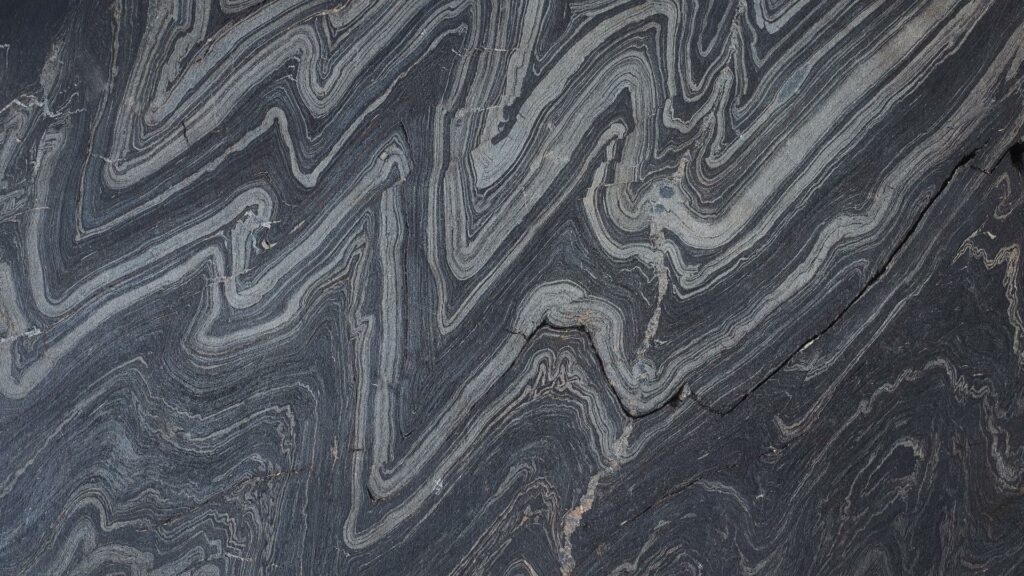 Ichthammol® is suitable as an active ingredient for the topical treatment of inflammatory skin diseases. Standard formulations can be found in national formulations (in Germany, for example, the NRF) or in the United States Pharmacopoeia (USP).

Ichthammol® ishould be completely incorporated into lanolin and then combined with petrolatum.

The benefit of the well tolerated active ingredient Ichthammol® consists in the fact that the effects of several principals of action are interconnected. Considering for example a skin disease caused by bacterial invasion or fungus infection, not only bacteria and fungi are controlled but also the inflammatory process is favorably influenced by Ichthammol®.

In veterinary medicine, Ichthammol® may be used locally on all food-producing mammals, including milk-producing ones, in accordance with legal regulations in Europe. Major indications are abscesses, boils, panaritium and phlegmones.

Applications are also described, for example, for minor infected puncture or cutting wounds. At best, the infection is “drawn” outward through the softened skin barrier after application of Ichthammol® Ointment, with the aid of osmotic interface effects on the skin, or it dissolves. In this case, we speak of a drawing effect, which is attributed to the so-called drawing salves.

Please contact us for further information on the use of Ichthammol®. 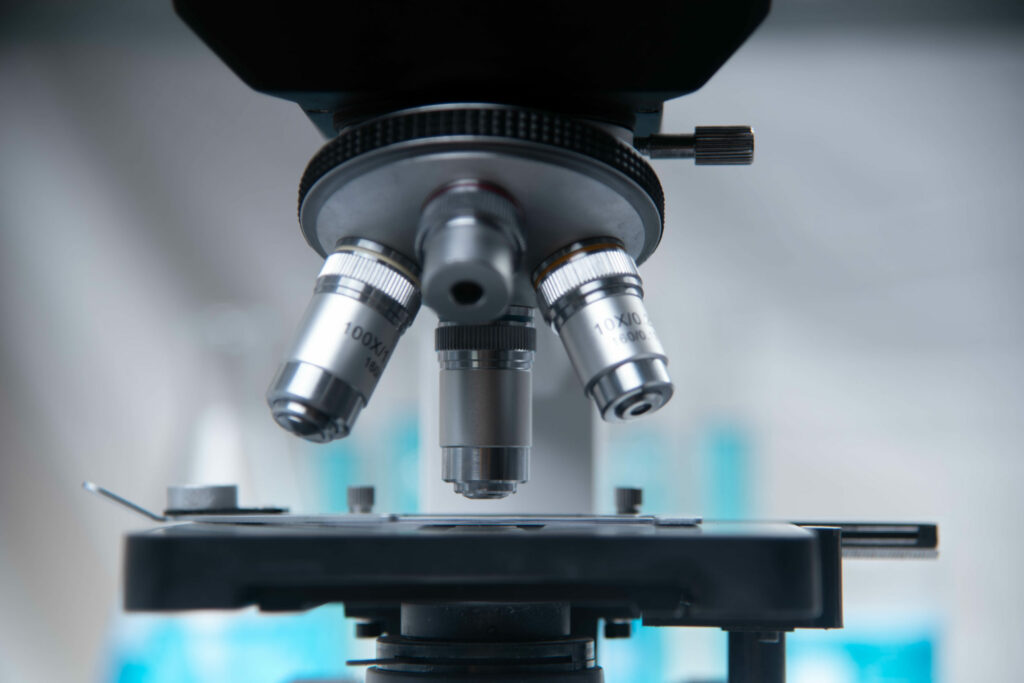 The use of Ichthammol® in the treatment of inflammatory skin disorders has been established worldwide for a long time. The anti-inflammatory, antibacterial and antifungal properties of Ichthammol® have been demonstrated in extensive in vitro studies. In addition, anti-pruritic, hyperemic and anti-seborrheic effects have also been reported for Ichthammol®. The well-known drawing effect is attributed to osmotic interface effects on the skin in conjunction with blood flow stimulating properties.

As already known since 1882, Ichthammol® is therapeutically effective in treatment of inflammatory dermatoses. The mechanisms of action have been studied at the cellular level.

By means of in vitro studies it was possible to demonstrate on cellular level that Ichthammol® is able to inhibit the activity of enzymes (lipoxygenase, cyclooxygenase) which are involved in degradation of arachidonic acid. The derivatives of arachidonic acid belong to the extremely potent cellular inflammation mediators. As has been demonstrated by various research groups, Ichthammol® inhibits the formation of LTB4 in a concentration-dependent manner. By inhibiting cyclooxygenase, Ichthammol® has an analgesic (pain-relieving) effect by reducing the formation of prostaglandins.

In addition, Ichthammol® was found to have an influence on the biological effects of the inflammatory mediators themselves. Both an inhibition of cell migration, which is normally triggered by chemotactic factors such as LTB4, and an inhibition of the formation of reactive oxygen species and the release of calcium ions were observed.

Ichthammol® is effective in eliminating various strains of bacteria. Its efficacy was evaluated by determining the Minimum Inhibitory Concentration (MIC) in vitro. Ichthammol® is particularly effective against gram-positive species that play an important role in skin diseases caused by bacterial infestation (e.g. Staphylococcus aureus).

Dermatophytes such as Microsporum gypseum and canis are very sensitive to the presence of Ichthammol®. The CO2 respiration of fungi is impeded even at very low concentrations of the active ingredient. Ichthammol® is able to stop the growth of various dermatophytes.

Please contact us for further information on the pharmacological profile of Ichthammol®.

Unlike production of tar, which takes place at temperatures well above 1000°C and thus favors the formation of polycyclic aromatic hydrocarbons (PAHs), the gentle production of Ichthammol® from dry distillation in Orbagnoux, France, to completion in Reith bei Seefeld, Tyrol, is associated with a particularly low PAH content, which contributes to the toxicological safety of the active ingredient.

Ichthammol® is not a tar
The production of shale oil from the biomass of the Orbagnoux limestone is aimed at pharmaceutical use and is carried out only for this purpose. The release of shale oil from the rock is already successful at temperatures starting from 300°C. The gently performed dry distillation procedure in connection with the purification of the shale oil by vacuum distillation and the subsequent sulfonation/neutralization leads to the formation of surface active compounds. Benzo[a]pyrene as the lead substance of PAH is limited to a content of maximum 0.05 ppm.

The safety and good tolerability of Ichthammol® are important prerequisites for its safe and broad use in veterinary medicine.
In the framework of the procedure for the establishment of maximum residue limits of veterinary medicinal products in foodstuffs of animal origin (MRL procedure according to Regulation (EEC) 2377/90), Ichthammol® was assigned to Annex II. Annex II includes those substances for which it is not considered necessary to establish maximum residue limits to protect consumers. This classification allows the unrestricted topical application of Ichthammol® to all food-producing mammals – including milk-producing ones.

Please contact us for further information on the toxicological profile of Ichthammol®.

Contact us for a quotation for Ichthammol® in the quality and quantity you require. We usually deliver worldwide at short notice directly from our GMP warehouse in Hamburg.

The goods are shipped to our international customers in UN-certified containers in quantities of 5 kg, 50 kg and 200 kg with appropriate labeling (GDP-compliant if relevant). Close coordination with customers before, during and after order processing is ensured.

Our team is at your disposal for regulatory and scientific questions. Our documentation is comprehensive and also covers regulatory topics in the target countries. Stability tests under consideration of climatic zones ensure a minimum shelf life of 6 years for Ichthammol®.

If you have any questions regarding the availability of Ichthammol® in a specific distribution area, please do not hesitate to contact us. You can find our general terms and conditions here.